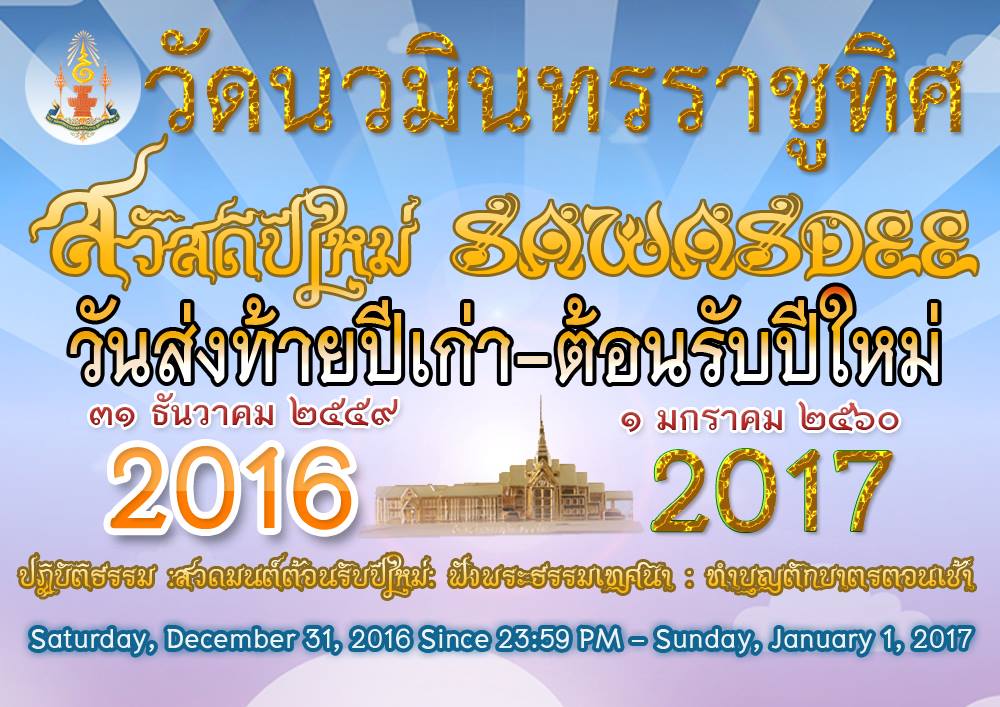 January 1st , is the worldwide New Year for humankind. When this day arrices, people from all around the world are in the celebrative spirite of joy, because it is a starting point again for new life and new hope. Actually, the official New Year’s Day of Thailand has undergone several changes. Once it used to fall end of November. Later, during the reign of King Rama V (1868-1910) it was moved to date round about April and then New Year’s Day was changed to April the first. The universal practice of celebrating the new year on January 1st was adopted in 1941 in deference to the Western calendar and this is one of a number of changes aimed at modernizing the country. Therefore, for the blessings in our life in this occasion, Wat Nawamintararachutis with its Board of Directors and committees have arranged this New Year Celebration on the Morning of January 1st, respectively.

Note: To make donations contributing to this Account Number 0046 3523 6986  Pay to the order of Wat Nawamintararachutis and the Construction Project.